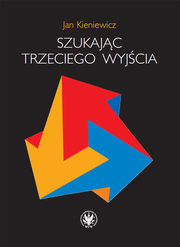 Searching for the Third Way

The book is devoted to modernization of Poland from a historical perspective, with particular emphasis on the post-1989 transformation process. It is an attempt at a theoretical, interdisciplinary approach developed within the author’s own theory of social system (the concept of a meeting). It also contains reflections on the possibility of opening the way to a new identity of the Poles and the search for Poland’s exit from the state known as the periphery of the world.

Keywords: post-1989 transformations in Poland, Polish identity, Polishness and social system theories.
PhD assoc. prof. Jan Kieniewicz – is a Polish historian, Full Professor at the Faculty of “Artes Liberales” at the University of Warsaw. He graduated in History in 1960. In 1966, he obtained a doctoral degree under the supervision of Prof. Marian Małowist at the Institute of History, University of Warsaw; “Habilitationschrift” in Modern History in 1974. In 1964, he completed an internship at the École Pratique des Hautes Études in Paris under the supervision of Prof. Fernand Braudel. He was the head of the Iberian and Ibero-American Studies Department (1975–1981) and a Deputy Director of the Institute of History, University of Warsaw (1981–1988); Ambassador of the Republic of Poland to Spain (1990–1994). Back at the Uni¬versity of Warsaw, he was the Deputy Director of OBTA and then of the Institute for Interdisciplinary Studies “Artes Liberales” (IBI AL) in 1996–2008. Between 2013 and 2018, he supervised the international doctoral programme Searching for Identity: Global Challenges, Local Traditions. His research interests have encompassed the history of India and pre-colonial expansion, early modern and modern Spain, and the history of Poland and Europe. His current research concerns the comparative history of civilization and eco-history. His bibliography includes some 600 items.
Zobacz również 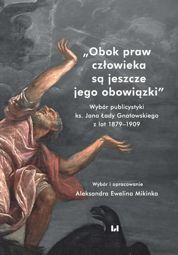 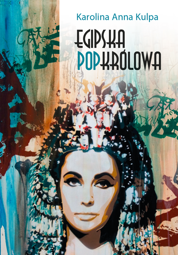 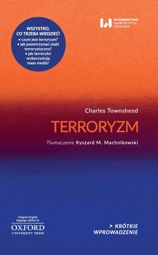