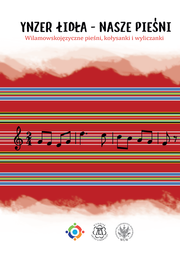 Ynzer Łidła – Our Songs. Songs, Lullabies and Counting-out Rhymes from Wilamowice, is the result of titanic work done by Tymoteusz Król, who documented oral traditions of a small ethnic group living in Wilamowice, a town between Oświęcim and Bielsko-Biała. Wilamowianie came from Western Europe in the 13th century and brought their own language and traditions. Unfortunately, due to their distinctness, Wilamowianie were often persecuted, especially in the 20th century. As a result, their culture and language began to die out.

Tymoteusz Król, who undertook the task of documenting songs and lullabies, collected directly from the oldest language users, not only saved them from oblivion, but also started the process of revitalizing wymysiöeryś language, which is now used by the growing number of speakers. For some of its speakers the songs contained in this collection were the first opportunity to get to know their indigenous culture.