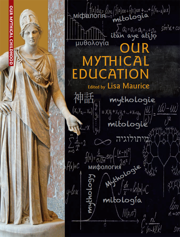 Our Mythical Education. The Reception of Classical Myth Worldwide in Formal Education, 1900-2020 – PDF

Clearly, wherever myth forms part of an educational syllabus, value judgements have been made by those who chose the texts, with regard to content, approach, usage, emphases, purpose and many other elements. [...] the present volume examines the reception of such myth within formal education in the twentieth and twenty-first centuries […]. It focuses for the most part on school education, but with forays into post-high school where relevant, and includes a wide geographical and chronological range. With regard to the latter limitations, the general emphasis is on modern day, and the current situation, but as a result of individual historical circumstances in each example.
Lisa Maurice, Editor of the Volume

This is a task of paramount importance, as educational processes have a lasting influence on us – all the more so as we are exposed to them already in childhood, when the capacity for critical thinking is being formed by none other than school curricula shaped and developed in specific circumstances. This volume makes us aware of these complex processes, their implications, and the opportunities they create for the future of Classical Antiquity.
Katarzyna Marciniak, Editor of the Series

PhD Assoc. Prof. Lisa Maurice – is Associate Professor and Chair of the Department of Classical Studies at Bar-Ilan University, and her research focuses on the reception of the classical world in modern popular culture. She is the author of The Teacher in Ancient Rome (Lexington, 2013) and of Screening Divinity (Edinburgh University Press, 2019), as well as the editor of three volumes on the reception of the ancient world in popular culture: The Reception of Ancient Greece and Rome in Children’s Literature: Heroes and Eagles (Brill, 2015), Rewriting the Ancient World: Greeks, Romans, Jews and Christians in Modern Popular Fiction (Brill, 2017), and The Reception of Ancient Virtues and Vices in Modern Popular Culture (co-edited with Eran Almagor; Brill, 2017). She has also written many articles on Roman comedy and on classical reception. She leads the Israeli section of the Our Mythical Childhood project, within which she has created an Open Access database of educational mythological materials for teachers and researchers and has also developed programmes for autistic youth in Israel, has also developed programmes for autistic youth in Israel, and has designed and edited the pioneering comparative study Our Mythical Education: The Reception of Classical Myth Worldwide in Formal Education, 1900–2020 (Warsaw University Press, 2021).
Emily Gunter, https://orcid.org/
Dan Curley, https://orcid.org/
“The Greatest Stories Ever Told”: US Classical Mythology Courses in the New Millennium
https://doi.org/10.31338/uw.9788323546245.pp.325-348