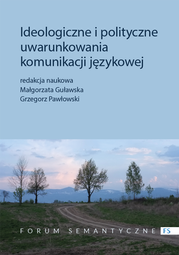 The eleven texts included in the Ideological and Political Conditions of Language Communication address communication in its ideological and political aspect. The relations between politics and ideology, which arouse strong emotions in public discourse, are not the keynote of the presented publication. The authors choose one of the two notions and focus their research on the phenomena defined as political behaviour, language policy, politolinguistics, major political ideologies, political discourse.

Aside from the defined visions of the world as well as political doctrines and programmes, which reflect beliefs, the book focuses on values and valuation, i.e. moral values and language value. The linguists base their research on Polish, German, English, French and Italian language material, drawing from the present and history. Due to interdisciplinary character of the presented reflections, the volume has been divided into five parts, devoted to historical, terminological, pragmatic, translational and didactic matters. 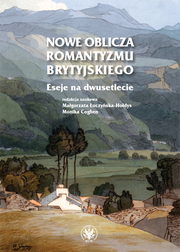 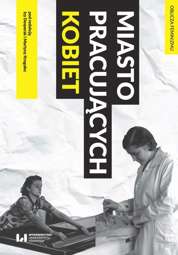 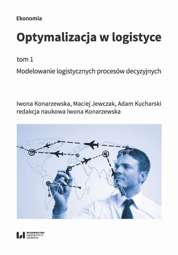